CCS: squaring the circle on CO2

Posted by Guest on Thursday, 03 November 2016 in General 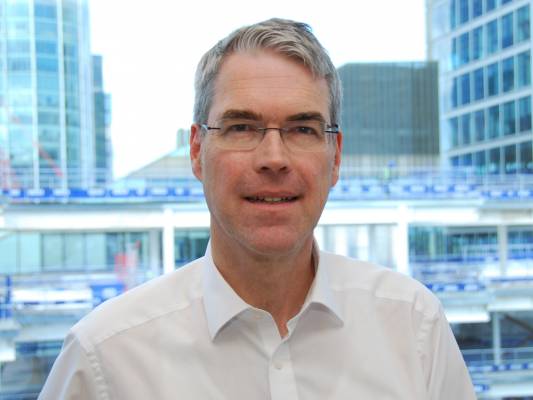 What does Leonardo da Vinci’s famous rendering of ‘Vitruvian man’ have to do with carbon capture and storage (CCS)?

Leonardo has come to be seen as the definitive renaissance figure.  Artist, architect and sculpture, he was also a scientist and engineer, with many of his technical observations and achievements anticipating modern inventions such as the helicopter and submarine.  Because of these, he is now regarded as a seer as well.

But even Leonardo never predicted the world’s reliance on oil and gas – or contemporary concerns about CO2 in the atmosphere.

Spending a few days in Milan for the General Meeting of the International Association of Oil & Gas Producers (IOGP) has made me think. IOGP’s members produce over a third of the world’s oil and gas.  And this city, still a powerhouse of design and commerce, was home to Leonardo for almost 20 years. Moreover, as the drawing above shows, Leonardo was obsessed by the balance between man and his world.

All of that comes together because, increasingly, we’re sharing Leonardo’s obsession for balance – in the oil and gas industry as well as in wider society.

Yet, as the International Energy Agency points out, even if the world achieves a 2-degree limit to any increase in global temperature, oil and gas will still be needed to meet about half of energy needs.  Just as they do now.

The best way to reconcile this apparent contradiction is by building on existing technologies.  These include CCS, which can ultimately remove more than 90% of CO2 from hydrocarbons.

CCS works by separating out the CO2 emitted by power stations before it can hit the atmosphere.  The captured gas is then injected kilometres underground, usually in porous, impermeable rock that had once served as reservoirs for oil and gas in the first place.

CCS is based on a technique that the oil and gas industry has used for decades to enhance oil and gas production.  Among IOGP’s membership, projects are already underway in the USA, Canada, Africa, Australia and Europe.  In Norwegian waters, for example, a CCS scheme in operation at the Sleipner gas field since 1996 has prevented more than 10 million tonnes of CO2 from getting into the atmosphere in the past 20 years.

In squaring the CO2 circle, CCS is already making its mark.  Approvals for and investments in more CCS projects on even larger scales will go a long way in helping to balance the world’s energy future.  Which is reassuring when you consider that the UN expects the globe’s population to grow from the current 7 billion people to 9 billion by 2040.  All will want, need and deserve the same access to affordable and reliable energy that the populations of developed nations enjoy today.

Five hundred years ago, in Leonardo’s time, the world’s population was 500 million.  If the balance between humanity and the natural world was important then, think how crucial it is now and in the years to come.

Olaf Martins is IOGP's global engagement manager.  He has over 25 years’ experience in the industry. Before joining IOGP Olaf was with ExxonMobil, where he held a number of senior public affairs roles, including most recently his position as ExxonMobil Central Europe Holding’s manager of government relations and media. Olaf’s educational background is in economics.

Guest has not set their biography yet