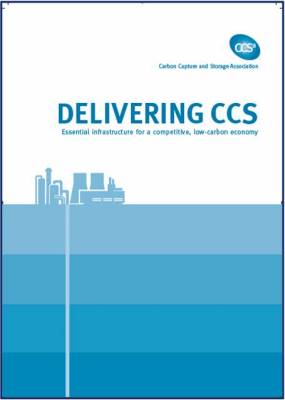 Welcome to the new blog of the CCSA; “Going Underground”. In this blog, we hope to give you some insights into the big issues affecting CCS at the moment – in the UK, Europe and internationally.

If you’re here, then you probably already know that CCS is one of the most vital low-carbon technologies in the global fight against climate change. The recent IPCC Fifth Assessment report shows that it is almost impossible to meet the global 2 degrees target without CCS, and that attempting to do so would ramp up the cost of mitigation by a massive 138%! Compare that with scenarios where nuclear is phased out (7% cost increase) or solar and wind have limited roles (6% cost increase) and the importance of CCS becomes glaringly obvious.

So where are we with CCS around the world? According to the Global CCS Institute, there are now 22 CCS projects around the world either in construction or operation. 2014 was a game-changing year for CCS as we witnessed the first CCS plant on a coal-fired power station come into operation at the Boundary Dam site in Canada. This project is a trailblazer for other countries looking to decarbonise fossil fuels and will demonstrate once and for all that CCS is technically and commercially available.

Turning our attention to the UK; we are approaching the final stages of the Government’s CCS competition (Commercialisation Programme), with two preferred bidders – the White Rose project on the Drax site in Yorkshire and the Peterhead project in Scotland – due to take final investment decisions by the end of the year.

The CCSA recently published a report “Delivering CCS”, in which we set out the three key actions that will be needed in the UK to deliver cost-competitive CCS by the 2020s:

Action 1: Delivering 2 competition projects as the critical foundation for a UK CCS industry

I cannot overstate the importance of securing the timely delivery of these first two projects. If we fail, the development of the entire UK CCS industry is at risk, which will have serious implications for the UK’s ability to meet climate change goals at lowest cost (analysis by the Energy Technologies Institute shows that without CCS, the cost of decarbonising the UK’s energy mix by 2050 will double –  costing an additional £30 billion or 1% of GDP in 2050).

Action 2: Enable a second phase of CCS to be developed in parallel to the two competition projects

As crucial as the first two projects are, they alone do not make an industry. We need more projects so that CCS can move down the cost curve and become cost-competitive with other low-carbon technologies in the 2020s. For CCS to fulfil its role in reducing emissions, it has been estimated that we need around 10GW of installed CCS capacity by 2030 or approximately 15 projects. To build 15 CCS projects in the UK by 2030, we need to quickly get started on the second phase (following the two competition projects) – in fact, they need to be brought forward in parallel to the competition projects.

As this figure shows, parallel delivery of phase 2 projects (and follow-on projects in the 2020s) will deliver 10GW of CCS by 2030:

However, if we hold back on phase 2 projects until the competition projects are operating – we could see a delay to phase 2 of 7-8 years. The result is shown below and would mean that we could only reach 1.2GW of CCS in operation by 2030! This is insufficient to deliver a cost-competitive CCS industry and would make it seriously challenging to reach our climate change targets:

CCS is a three-part chain, however to a large extent the entire chain is dependent upon the successful end-point: permanent storage. So we need to make sure we have enough storage capacity to deliver the 10GW of CCS required by 2030 – this figure is around 700 Mt of CO2 by the mid-2020s. The investment required to deliver this storage capacity is approximately £100 million, however there is currently no incentive or grant funding to support this investment. So we need to find some money to ensure sufficient appraised and bankable storage capacity is available.

So lots to be getting on with – and I haven’t even touched on the importance of industrial CCS; a subject for another blog.

Unfortunately, time is not on our side – as the recent New Scientist article makes painfully clear, we are now halfway towards the global warming limit to avoid dangerous climate change, with no sign of slowing down. We need all the tools in the box if we are to avoid going beyond 2 degrees – and we certainly cannot do without one of the most important tools; CCS.

Tagged in: CCS CCS competition climate change Delivering CCS Phase 2
Luke Warren
Luke Warren is the Chief Executive at the Carbon Capture and Storage Association (CCSA) and was appointed in October 2013.
Prior to the CCSA, Luke has worked in a number of energy and climate-related organisations, such as IPIECA and he holds a PhD in Biological Sciences from University College London.
As Chief Executive of the CCSA, Luke's primary focus is to champion the development of a commercial CCS industry in the UK, EU and internationally. Luke works on a wide range of issues including UK Electricity Market Reform, European CCS regulations and international mechanisms to incentivise CCS.
Author's recent posts