Posted by Guest on Tuesday, 24 November 2015 in General 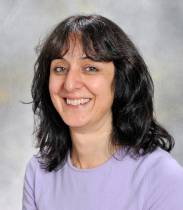 It could well be the turning point our planet needs, but the Paris climate talks at the end of this month will struggle to achieve their stated intention – a meaningful climate change agreement by world leaders – unless more than five nations include or even consider Carbon Capture and Storage (CCS) as part of a concerted approach to tackling carbon emissions.

The importance of CCS as a means of arresting global warming cannot be downplayed. The Intergovernmental Panel on Climate Change itself has stated that, without its large-scale deployment, the world will fail to keep a global temperature increase to within 2°C. A recent report by the Global CCS Institute lists 22 large-scale CCS projects, either already operating or getting very close, which prove to a stubbornly sceptical world that the technology works and can be deployed by many more countries right now. And if cost is still a perceived barrier, analysis by the International Energy Agency suggests that CCS will actually reduce decarbonisation costs further down the road.

So if we are serious about averting dangerous climate change and the technology exists, what might governments, regulators and potential project developers still need? Two high-level joint industry projects, led by the SCCS research partnership with support from industry and government, sought to provide some of the answers. Here are a few of our findings.